To share your memory on the wall of James Larrabee, sign in using one of the following options:

The family will receive friends from 1:30 to 2:30 pm Saturday, February 1 at Mallard Creek Presbyterian Church. A funeral service will follow at 3 pm with Rev. Alison Messick-Watkins officiating. Burial with military honors will be held in the church cemetery.

Jim was preceded in death by his second wife, Barbara King, in 2009.

Jim spent his childhood in New Era, PA. He was in the Navy from 1951-1955. He then worked for IBM, moving his family to Vestal, NY. He and Arlene raised their family there until moving to Charlotte in 1978. He was employed by IBM for 34 years, working on the first PCs and bank ATMs. He enjoyed hunting, gardening, his dogs and horses, and snowmobiling. He was also a carpenter. He belonged to the Masonic Lodge in NY, then the Derita Lions Club here in Charlotte. He was treasurer of the Mallard Creek Fire Department for several years and was a member of Mallard Creek Presbyterian Church.

Jim will be remembered as always having a smile and kind words. He was rarely angry. He loved his family and was their hero.

The family would like to express a special thanks to Rita Pundus for her unselfish gift of time in helping the family care for their father.

In lieu of flowers, the family asks that memorials be made to Tucker Hospice House, 5003 Hospice Lane, Kannapolis, NC 28081.
Read Less

To send flowers to the family or plant a tree in memory of James Carlton "Jim" Larrabee, please visit our Heartfelt Sympathies Store.

We encourage you to share your most beloved memories of James here, so that the family and other loved ones can always see it. You can upload cherished photographs, or share your favorite stories, and can even comment on those shared by others.

The family of Richard Dale Larrabee, Love, Hank, Jennifer and the boys, and others have sent flowers to the family of James Carlton "Jim" Larrabee.
Show you care by sending flowers

Posted Jan 31, 2020 at 08:20pm
Our thoughts and prayers are with you during this difficult time. With caring thoughts from the Providers and Management of Cabarrus Pediatric Clinic

Flowers were purchased and a memorial tree planted for the family of James Larrabee. Send Flowers

The family of Richard Dale Larrabee

Posted Jan 31, 2020 at 03:00pm
You were so special with your loving smiles and silly, funny jokes, we loved our time we spent with you, keep dad laughing, we love you!

The family of Richard Dale Larrabee purchased flowers and planted a memorial tree for the family of James Larrabee. Send Flowers

Love, Hank, Jennifer and the boys

Love, Hank, Jennifer and the boys purchased flowers and planted a memorial tree for the family of James Larrabee. Send Flowers

Posted Jan 31, 2020 at 07:17am
Wishing you peace to bring comfort, courage to face the days ahead and loving memories to forever hold in your hearts. 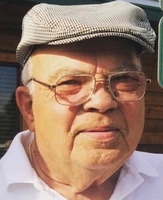