To share your memory on the wall of Jeanne Habert, sign in using one of the following options:

She was born March 25, 1955 in Erie County, PA, a daughter of James Robert Fuller and Mary Jane Cavalier Fuller of Columbia, SC. She... Read More
Ms. Jeanne Marie Fuller Habert, age 64, passed away peacefully at her home on Monday, December 30, 2019.

She was born March 25, 1955 in Erie County, PA, a daughter of James Robert Fuller and Mary Jane Cavalier Fuller of Columbia, SC. She was preceded in death by a brother, Gary Fuller.

Prior to her illness, Jeanne was employed with Paragon in Concord. She loved being a pirate, and was involved in several festivals and parades, that let her live the part. She also loved traveling, trips to the beach and spending time with her grandchildren, when she could. Jeanne meant the world to so many people, and she touched many lives. Her passing will leave a big void in a lot of hearts.

In lieu of flowers, memorials may be made to Hospice and Palliative Care of Cabarrus County, 5003 Hospice Lane, Kannapolis, NC 28081.

There are no events scheduled. You can still show your support by sending flowers directly to the family, or planting a memorial tree in memory of Jeanne Marie Habert (Fuller).
Plant a Tree

We encourage you to share your most beloved memories of Jeanne here, so that the family and other loved ones can always see it. You can upload cherished photographs, or share your favorite stories, and can even comment on those shared by others.

Posted Jan 17, 2020 at 07:36pm
I only knew Sammie for a short while while in Scoundrels. Her sense of fun and joy of life to the full made a moment more than a year ago comforting to me and I will never forget it!
Comment Share
Share via:
K&

Posted Jan 05, 2020 at 08:44pm
I loved her so much! She never judged, she always brought you a laugh, and if all else failed a shot or two could be had all around! I'm so glad that I was able to get her wreath to her so that she had a couple months to enjoy it. Sammy - I will always remember the great times we had together!!! See you again! JAK Loved working with you for a short time it was..

Posted Jan 02, 2020 at 11:38am
JEANNE-ONLY GOT TO KNOW YOU FOR AWHILE AT PARAGON BUT YOU BECANE A GOOD FRIEND. I WILL MISS YOU VERY MUCH-MAY YOU RIP IN HEAVEN WITH AL THE ANGELS--LADY BLACK WOLF YOU HAVE LEFT A MARK ON MY HEART 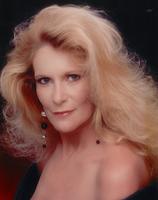 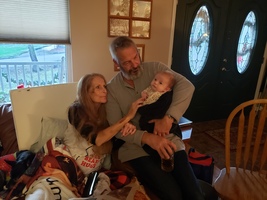 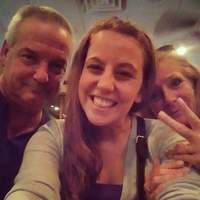