To share your memory on the wall of Robert Cline, sign in using one of the following options:

Provide comfort for the family of Robert Cline with a meaningful gesture of sympathy.

No formal services will be held.

No formal services will be held.

Bobby was born on January 10, 1946 in Concord, NC to the late Robert Roosevelt Cline, Sr. and Edith Rufty Cline. He is also preceded in death by his sister, Carolyn Cline.

Bobby was the General Manager of Better Brands Inc. in Myrtle Beach, SC.

He is survived by his daughter, Edie Cline Barnhardt and husband, Matt; son Jim Cline and wife, Tammy; grandchildren, Ashley and Hunter Cline.

In lieu of flowers, memorials can be made to the charity of one’s choice.
Read Less

Posted Oct 11, 2019 at 08:54pm
Dear Family,
I have many humorous memories of Bobby at CHS. I do recall his love of cars. Facebook friends had informed me of his stroke and being in a nursing facility. He loved life and especially the beach. Sympathies to all, Mary Irvin Plummer
Comment Share
Share via:
NH

Posted Oct 11, 2019 at 02:01pm
The many special memories of the time we had together will forever live in my heart, just as Bob will. May you rest in peace, dear one. My most sincere condolences to Edie and Jim. Lovingly, Nancy Hardwick
Comment Share
Share via: 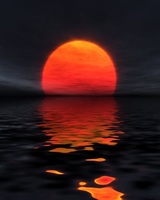