To share your memory on the wall of Timothy "Tim" Bowers, sign in using one of the following options:

Provide comfort for the family of Timothy "Tim" Bowers with a meaningful gesture of sympathy.

Tim was born in Altoona, PA on December 20, 1961 to the late Donald D. and Mary W. (Blaylock) Bowers.
He is survived by his daughter, Taylor B. Small and husband, Chase of Kannapolis, NC; son, Jarod Bowers; brothers, Gary Bowers of Altoona, Jeff Bowers and wife, Liz of Altoona; sisters Linda Raia and husband, Chico of Altoona, Karen Benton and husband, Carl “Fuzz” of Altoona and numerous nieces and nephews.

He is also preceded in death by his brothers, Daniel and Everette Bowers; two infant brothers, Johnny and Steven; and an infant sister, Ann

Tim had a lifelong love of racing and followed his dream to North Carolina where he worked on race teams for almost 20 years. He was most recently employed by Richard Childress Racing as a Machinist. He also enjoyed hunting, fishing, and spending time with his family. He was loved by so many family members and friends.

A visitation will be held at Wilkinson Funeral Home in Concord, NC on Friday, September 27, 2019 from 5-8 pm.

A funeral service will be held at a 1:00 pm, on Monday, September 30, 2019 at Jon C. Russin Funeral Home in Bellwood, PA, with burial to follow at Logan Valley Cemetery. The family will receive friends from 11:00 am-12:45 pm prior to the service at the funeral home.

Print
A funeral service will be held at 1:00 pm, on Monday, September 30, 2019 at Jon C. Russin Funeral Home in Bellwood, PA, with burial to follow at Logan Valley Cemetery. The family will receive friends from 11:00 am-12:45 pm prior to the service at the funeral home.

We encourage you to share your most beloved memories of Timothy "Tim" here, so that the family and other loved ones can always see it. You can upload cherished photographs, or share your favorite stories, and can even comment on those shared by others.

RCR Manufacturing Department and Stringer Family have sent flowers to the family of Timothy "Tim" Rex Bowers.
Show you care by sending flowers

Posted Sep 27, 2019 at 10:14pm
Tim was a great teammate and always had a smile on his face. He will be terribly missed.
Comment Share
Share via:

Posted Sep 27, 2019 at 10:39am
Although we cannot be there in the flesh, Uncle Tim we are right there beside you with all our hearts and souls. I will have something special for you when you return home
Comment Share
Share via:
RD

Posted Sep 26, 2019 at 04:28pm
Jarod's mother was a cousin of mine,I always liked him just way to young! Sympathy from the Mills's
Comment Share
Share via:
SF 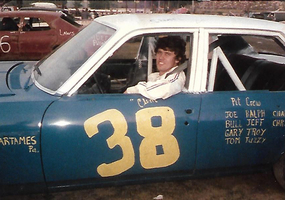 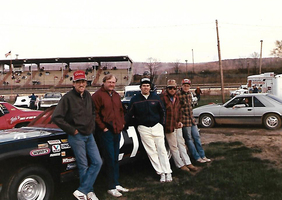