To share your memory on the wall of Richard "Rich" White, sign in using one of the following options:

Provide comfort for the family of Richard "Rich" White with a meaningful gesture of sympathy.

A memorial service will be held at 3:00 pm, on Saturday, September 14, 2019 at the Chapel at Atrium Health-Cabarrus.

Rich was born on August 20, 1946 in Albany, CA to the late George Kenneth White and Esther Marie Pierce White. He is also preceded in death by his brother, James “Jim” White and sister, Carol Ann Blackerby.

Rich was a Veteran of the U.S. Army where he served in Vietnam. He had worked for 28 years with GE as a Transportation Analyst. Rich enjoyed coin collecting, restoring furniture, watching Western, Sci-Fi and Romantic Comedy movies, playing card games, and spending time with his family.

He is survived by his wife, Diane Elizabeth Thomas White and daughter, Suzanne ‘Suzy” Elizabeth White.

To send flowers to the family or plant a tree in memory of Richard "Rich" Ken White, please visit our Heartfelt Sympathies Store.

Receive notifications about information and event scheduling for Richard "Rich"

We encourage you to share your most beloved memories of Richard "Rich" here, so that the family and other loved ones can always see it. You can upload cherished photographs, or share your favorite stories, and can even comment on those shared by others.

Posted Jan 04, 2020 at 12:47pm
I just, recently, learned of the news about Rich's passing from my father. I certainly want to offer my condolences to his immediate family.

Posted Sep 12, 2019 at 04:29pm
I want to share the memory of the first time our family met Rich White. My sister, later his wife, Diane, brought him to dinner on Christmas! This was exciting because this was the first time she had done this. We were all delightfully surprised when Rich brought a gift for us, a beautiful cake with white frosting and a big SANTA on top!! We adopted him right away!! He was like family from that day on!
Comment Share
Share via: 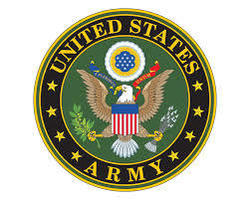