To share your memory on the wall of Rick Shue, sign in using one of the following options:

Provide comfort for the family of Rick Shue with a meaningful gesture of sympathy.

The family will receive friends on Saturday from 2-3pmat Wilkinson Funeral Home with the funeral service following at 3pm in the chapel of Wilki... Read More
Mr. Rick Allen Shue, 56 of Concord passed away on August 21, 2019 at Tucker Hospice House.

Rick was born on April 23, 1963 to Margaret Hunsucker Shue and the late Paul Hubert Shue. In addition to his father he was preceded in death by a brother, Perry Shue. Along with his mother Margaret, Rick is survived by his significate other, Clara Newsome; two sisters, Paula Hutcheson, and Julie Byrd; four brothers, Lynn Shue, Mitch Shue, Norman Shue and Doug Shue. Also surviving are two grandchildren Rylie and Jacob, and a number of nieces and nephews.

Rick worked for the City of Concord. He enjoyed fishing, and spending time with his family and friends.

We encourage you to share your most beloved memories of Rick here, so that the family and other loved ones can always see it. You can upload cherished photographs, or share your favorite stories, and can even comment on those shared by others.

Georgeanne and Ken sent flowers to the family of Rick Allen Shue.
Show you care by sending flowers

Posted Aug 23, 2019 at 11:35am
My prayers and condolences are for the Shue family, for peace, love, guidance, and faith. God bless you all.
Comment Share
Share via:
AK

Posted Aug 23, 2019 at 08:26am
Julie, so sorry for your loss, but Heaven's gain. You and your family are in my prayers.
Love You In Christ ,Annette
Comment Share
Share via:
GK

Georgeanne and Ken purchased flowers for the family of Rick Shue. Send Flowers 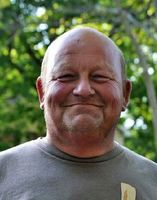