To share your memory on the wall of Valerie Buchanan, sign in using one of the following options:

Provide comfort for the family of Valerie Buchanan with a meaningful gesture of sympathy.

Born Valeria Constantinovna Lisetskiya on 30 October 1944 to Constantine and Anastasia Chubatai Lisetskiya in a small village outside Harbin, Manchuria. Her Father was arrested and imprisoned by the Soviets in August 1945 and subsequently died. Valerie and her Mother were allowed to emigrate to Brazil after Stalin's death; largely through the efforts of American Church associations that were active during that time. Once in Brazil, her Mother met and married an American GE engineer, John Hull, who adopted Valerie and gave her his name and a new home and future in America.

Valerie graduated from the American High School in Buenos Aires, Argentina and went on to New York State University in Albany, NY where she earned her BA and MA degrees in Russian and French Languages. She taught at the University of Hawaii in Oahu (1969-1972) where she met her Husband, ML Buchanan Jr, a young Marine Infantry Officer; serving in the 1st Marine Brigade at MCAS Kaneohe. They were married in Watervliet, NY on 2 September 1972. Valerie and ML had two wonderful children and a remarkable, exciting and tumultuous career as a US Marine Military Couple and Central Intelligence Agency Tandem Couple. Valerie went on to a distinguished Agency career of over 27 years; retiring in 2012 as a Senior Intelligence Officer. After retirement, she relocated to Salisbury with ML, a Concord native, who had retired from Agency service in 2010.

At her retirement ceremony, one of Valerie's Agency co-workers remarked : "No heart has ever had greater Love and Devotion for God, Family and Country than Valerie's.". May we all celebrate her Faith, service and many unheralded sacrifices.

The family will receive friends from 1 to 2 pm Saturday, July 13 at Wilkinson Funeral Home. A funeral service will follow in the chapel at 2 pm with Father Gregory officiating. Burial will be held at Oakwood Cemetery.

To send flowers to the family or plant a tree in memory of Valerie Buchanan (Hull), please visit our Heartfelt Sympathies Store.

Receive notifications about information and event scheduling for Valerie

We encourage you to share your most beloved memories of Valerie here, so that the family and other loved ones can always see it. You can upload cherished photographs, or share your favorite stories, and can even comment on those shared by others.

George and Susan Jaquith, Matas and Tanya Reventas, and others have sent flowers to the family of Valerie Buchanan (Hull).
Show you care by sending flowers

Posted Jul 13, 2019 at 02:18pm
As the visiting hour begins I am feeling the distance between Schenectady, NY and North Carolina. I am remembering the challenging and fun times we had in college, "quenching our thirst for knowledge" and learning to become adults. Valerie did an excellent job at both! I am so sorry for her passing and want to express sympathy to ML and the children in behalf of myself and Valerie's longtime college friends, Faye, Grace, Frank, and Mike.
Comment Share
Share via:
HS

Posted Jul 12, 2019 at 02:16pm
Please accept our most heartfelt sympathies for the loss of your beautiful mother. Our thoughts are with you and your family.

Flowers were purchased for the family of Valerie Buchanan. Send Flowers

Posted Jul 12, 2019 at 08:09am
With fondest memories of childhood and friendship. Our loving thoughts and heartfelt sympathies are with you all today.

Matas and Tanya Reventas purchased the Sweet Sincerity for the family of Valerie Buchanan. Send Flowers

Posted Jul 11, 2019 at 12:38pm
Valerie Buchanan was one of my favorite quiet patriotic heroes in the US government. Our professional relationship spanned more than half of our careers. During the most intense period of collaboration (1995-2008) we began as officemates and remained always as colleagues, although eventually I became her manager for over three years. The hallmark of her professionalism was grace and relentless competence under pressure. I saw her upset only once, when a tester of her Russian language abilities did not give her marks at the full-fluency level because in his opinion she did not show sufficient awareness of obscenities and modern vulgar slang. We got that indefensible grade changed eventually, in large part because every day and many times a day Valerie used precisely her linguistic abilities and keen understanding of written and spoken Russian as tools of national defense. She was a delightful teammate: we shared an office for a time and I have many fond memories of spirited discussions with her about our operations and how to make them better. She always focused on the good of the mission from a strategic perspective while understanding the necessity of getting that done through the highest quality work at the tactical level, regardless of the task. CIA's core espoused values are service, excellence, and integrity. She embodied all three. Our country was better defended for her government service, just as our society is diminished by her passing. She was one of the good ones.
Comment Share
Share via: 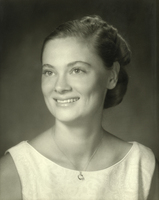