To share your memory on the wall of Robert Smitherman, sign in using one of the following options:

Provide comfort for the family of Robert Smitherman with a meaningful gesture of sympathy.

A service to celebrate his life will be 1 PM Saturday 6/29/2019 at Wilkinson Funeral Home C... Read More
Mr. Robert “Bob” Johnson Smitherman of Tala Drive, and formerly of Winston-Salem, passed away Monday, June 17, 2019 at Atrium Health-Concord.

A service to celebrate his life will be 1 PM Saturday 6/29/2019 at Wilkinson Funeral Home Chapel officiated by Pastor Jacqueline Roper. The family will welcome friends at a repast following the service at The Courtyard Marriott, 7201 Scott Padgett Pkwy., Concord, NC 28027.

Train-up a child in the way he should go; even when he is old he will not depart from it. Proverbs 22:6

Robert “Bob” Johnson Smitherman was born on Monday November 21, 1938 in Selma, Alabama to John U. Smitherman, a grocery store owner and Helena Mae Lynn Smitherman, a school teacher. Selma is a city in and the county seat of Dallas County, in the Black Belt region of south central Alabama and extending to the west and located on the banks of the Alabama River. The city is best known for the 1960s Selma Voting Rights Movement and the Selma to Montgomery marches, beginning with “Bloody Sunday” on the Edmund Pettus Bridge in March 1965. It is from this city, rich in history on the banks of the Alabama River that Robert grew and flourished. From playing cowboys and Indians with his neighborhood friends, excelling in school and skipping the 7th grade to riding a bike route to deliver groceries from his father’s grocery store, “Fancy Meats and Grocery”, at the age of nine Robert was determined to succeed. Selma was also the city where Robert found his first love, Music. Robert was raised in the Baptist church he would walk over a mile to church with his father who was a trustee to open the church and start the fire if it was cold and was a dedicated volunteer in any capacity, but his favorite activity in church was singing in the choir. As Roberts love for music grew he took piano and flute lessons weekly and learned to read notes and fell in love with a new sound, Jazz. He first heard the music of the masters (Dizzy Gillespie, Charlie Parker, Miles Davis and others) over “SNUG” Anderson’s radio broadcast from Montgomery, Alabama. It was at the Selma Elks Club that he heard the Count Basie Orchestra featuring its new vocalist, Joe Williams. As Roberts love for music grew so did the racial tension in Selma which shook the south in the mid 1950’s. His father’s store, “Fancy Meats and Grocery” which served many in the community was forced to close and the Smitherman family sought a new start in Detroit, Michigan. Once there, Robert continued his studies at the Charles Coleman School of music with pianist Harold McKinney, guitarist Teddy Harris and music theory at the Detroit Institute of Music. Robert also graduated high school at the age of 16 and attended Knoxville College in Knoxville, Tennessee for two years where he played point guard on the basketball team. He later transferred to Wayne State University in Detroit, Michigan.

Detroit, Michigan known as the motor city and the home of Motown was a perfect fit for Robert’s love of music. Robert found himself immersed in the soulful sounds of the Temptations, Marvin Gaye, Smokey Robinson, “The Queen of Soul”, Aretha Franklin, The Supremes and many others and also found his way playing the trumpet behind them as well. “Smitty” was the name they gave him, and instead of just listening to the radio to hear the Motown groove he was right there with them making music history. Robert continued to play the trumpet for Motown throughout his college matriculation and later graduated from Wayne State University with a bachelor degree in Music Education.

The steps of good man are ordered by the Lord: and he delighteth in his way. Though he fall, he shall not be utterly cast down: for the Lord upholdeth him with his hand. Psalms Chapter 37 23-24

Robert was not only successful as a musician but also as a businessman. In 1966 he decided to apply for a salesmen position with RJ Reynolds the largest Tobacco Company, at the time, in the United States. In order to get the position he had to take a placement test which included complicated math problems about product inventory. Because of his years working for his father at, “Fancy Meats and Grocery” doing inventory Robert scored the highest ever scored on the placement test, and within 3 years he was promoted as the only African American person to be Assistant Division Manager. In this position he trained Salesmen for their assignments in his East Detroit, Michigan, Division. Robert continued to flourish and within 1 year was living in Yonkers, NY and was promoted to Division Manager of the Fort Apache New York Division where he taught himself Spanish in order to better communicate with the many Spanish speaking store owners in his assigned area. From there blessings continued to flow and he was promoted again 1 year later to Vice President of Marketing/Special Events and was transferred to the RJ Reynolds home office in Winston Salem, NC. Robert worked for RJ Reynolds for 21 years and retired in 1987 at the age of 47.

Above all things music and business Robert was a family man. On July 12, 1958 Robert “Tony” Anthony Smitherman was born. On October 30, 1966 Debra Lynn Smitherman (Pauling) was born and on June 27, 1985 Narissa Bernadette Smitherman (Roper) was born. In 1992 Robert and Rhonda adopted Venus Smitherman and their family was complete. He was always active in his children’s lives from attending and coaching basketball games, track meets, and band concerts; to helping with homework and giving advice, Robert was always there and available to guide his children. Like his Father he was a spiritual leader, making sure his children knew the power of God and His Grace and Mercy. He was an active member of Grace Lutheran Church (Pastor Fred Hedt) in Concord, NC for 15 years where he was a Sunday school teacher for the teenagers of the church as well as a Trustee. He later was a member of Green Street Methodist Church (Reverend Kelly P. Carpenter) in Winston, Salem NC where he was a member of the choir for 3 years, and recently became a member of Morning Star A.M.E Zion Church (Pastor Jacqueline Roper) in Monroe, NC. Robert was also an amazing and supportive husband and partner. He married Rhonda Bernadette Baldwin (Smitherman) on June 27th 1982 at their home in Mt. Pleasant, NC. They were together for 45 years.

To send flowers to the family or plant a tree in memory of Robert Johnson Smitherman, please visit our Heartfelt Sympathies Store.

Please know that you all are in my thoughts and prayers as you mourn the loss of Robert and celebrate the gift of eternal life. I thoroughly enjoyed the times that I was to share with Bob, hear some of the stories, of his life, and experience the joy of his creativity and historical perspective. May God surround you with his peace, love, and comfort. The Holsten Scholarship continues to this day at Grace Lutheran Church. May God continue to bless each of you.
The Reverend Donald E. Anthony, Pastor
Comment Share
Share via:
PM

Posted Jun 26, 2019 at 03:26pm
Our hearts are saddened by your loss and our thoughts and prayers are with you. May peace and comfort find you during this difficult time. May Jehovah give your family strength to endure the pain you’re family is going through. “The day is near when all who have fallen asleep will be awaken”-John 5:28,29
Comment Share
Share via:
NM

Posted Jun 25, 2019 at 03:36pm
Dear Mr. Smitherman, I am sad that I didn’t have the chance to give you a hug and say until we meet again. I will always remember you going on your early morning walks with your Mother-On-Law. Then you would stick your head in and sing 🎵 good morning to you 😊 Nikki and Lisa. You did this every morning it was the best time ever. This isn’t good bye we will sing again. Until then rest well. With the warmest hugs and kisses. For the family let’s Celebrate 🎉 he will be missed but every time you feel sad put a smile on your face and think of a happy smiling Mr. Smitherman looking down at you because he would want you. 🥰😊
Comment Share
Share via:
T

Posted Jun 25, 2019 at 07:39am
Please accept my sincere condolences for such a great loss. We are so blessed to have such a loving Heavenly Father that promises we will see our loved ones again. I hope you find comfort in these promises found at John 5:28&29 and Revelation 21:3&4.
Comment Share
Share via:
DI

Posted Jun 24, 2019 at 03:28pm
Please accept our deepest sympathy. Today the sun is a bit dimmer but there's a new star in the night sky. Thinking of you. 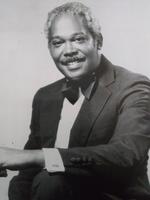