To share your memory on the wall of Sue Davis, sign in using one of the following options:

Her memorial service will be 2 PM Saturday at Wilkinson Funeral Home Chapel. The family will greet friends following the service at the funeral home. A private family committal... Read More
Sue Jones Davis, 86, passed away peacefully on June 5, 2019.

Her memorial service will be 2 PM Saturday at Wilkinson Funeral Home Chapel. The family will greet friends following the service at the funeral home. A private family committal was held prior to the memorial service.

Sue was born May 22, 1933, in Tampa, Fla., to Harry and Nannie Sue Brushwood. When her mother died a few days later, she was adopted by her mother’s sister and brother-in-law, Edith Ellis and Waverly G. Jones, who raised her as an adored only child. Sue married J. Roy Davis Jr. in 1960, and they spent 51 wonderful years together before he passed away in 2011.

Sue was raised in Charlotte, graduating from Mrs. Hunter’s kindergarten class at Myers Park Elementary School, Alexander Graham Junior High School and Central High School, class of 1951. At Salem College, she was elected student council president and was listed in Who’s Who Among Students in American Universities and Colleges. Sue graduated in 1955 and became a third-grade teacher at Myers Park Elementary School and later an admissions counselor at Queens College before marrying Roy and moving to Concord.

A committed volunteer throughout her life, Sue earned an honorary life membership from Presbyterian Women and was a founder of Cabarrus Cooperative Christian Ministry. She served as president of the Junior Charity League and was a charter member and president of the Salvation Army Auxiliary. She also served on the boards of the NorthEast Hospital Foundation and Salem College Alumnae Association. Sue treasured her friends both in Charlotte and Concord and enjoyed being a part of the Esoteric Study Club and the Hoe and Hope Garden Club.

Sue was preceded in death by her parents and her husband. She is survived by two sons and their wives: Alan and Robin Davis of Concord, and Rhyne and Lisa Davis of Charlotte; and three grandchildren: Carrie Davis, Brian Davis and Jack Davis. She has also been blessed by the loving care and friendship of her caregivers.

To send flowers to the family or plant a tree in memory of Sue Jones Davis, please visit our Heartfelt Sympathies Store.

Receive notifications about information and event scheduling for Sue

We encourage you to share your most beloved memories of Sue here, so that the family and other loved ones can always see it. You can upload cherished photographs, or share your favorite stories, and can even comment on those shared by others. 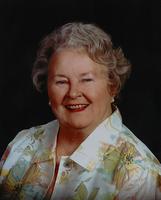