To share your memory on the wall of Joseph "Joe" Strefezza, sign in using one of the following options:

Provide comfort for the family of Joseph "Joe" Strefezza with a meaningful gesture of sympathy.

Print
Joseph “Joe” Emidio Strefezza passed away peacefully in his home with his wife, Heather Mae Bramlett Strefezza, by his side on Thursday, March 21, 2019. Joe was 42 years old.

He was born in Manhasset, New York on April 17, 1976. He g... Read More
Joseph “Joe” Emidio Strefezza passed away peacefully in his home with his wife, Heather Mae Bramlett Strefezza, by his side on Thursday, March 21, 2019. Joe was 42 years old.

He was born in Manhasset, New York on April 17, 1976. He graduated from Sayville High School in 1994 and went on to earn his Associates Degree in Applied Science at The State University of New York in Delhi. He moved to Charlotte, North Carolina shortly thereafter and worked for Christopher Phelps & Associates. Joe then went on to own and operate SERVPRO of North Rowan County/Salisbury.

Joe met his wife Heather, in Charlotte in December 2000. They made their love official and married on September 25, 2004. Their son, Joseph “Joey” Brayden Strefezza, was born June 27, 2006. Joe was very analytical, handy and could fix just about anything and used these skills as an excuse to take apart everything he could just so he could see how it worked and put it back together, much to his wife’s dismay. They were a perfect match. He enjoyed riding his motorcycle, his bright yellow “Strazuki” and off-roading. He also loved anything outdoors, eating way too much ice cream with an abnormal ice cream to banana ratio and playfully annoying his wife. But nothing was more important than the time he spent with his son Joey, teaching him, loving him, laughing and learning from him. His sense of humor was infectious and he made everyone around him feel loved. No one thought Joe was funnier than Joe. In his son’s words, “he was awesome.” He was a deeply devoted husband, father, son, brother and friend. Joe will be missed more than words can ever describe.

All are welcome to be a part of Joe’s Celebration of Life which will be held at Wilkinson Funeral Home in Concord, NC on Thursday, March 28, 2019 at 4:00pm with the visitation following directly after from 5:00-7:00pm. Joe will be in casual attire as he would want you to be.

In lieu of flowers, the family requests donations be made to: Good Samaritan Animal Society, PO Box 60003, Savannah, Georgia 31420. The Humane Society of Concord, 2010 Wilshire Court SW, Concord, NC 28025 or a charity of your choice in Joe’s honor.
Read Less

We encourage you to share your most beloved memories of Joseph "Joe" here, so that the family and other loved ones can always see it. You can upload cherished photographs, or share your favorite stories, and can even comment on those shared by others.

Posted Mar 28, 2019 at 08:18am
What we have once enjoyed deeply we can never lose. All that we love deeply becomes a part of us. Helen Keller Sending our love & prayers

Posted Mar 27, 2019 at 02:59pm
Wishing you peace to bring comfort, courage to face the days ahead and loving memories to forever hold in your hearts.

Posted Mar 27, 2019 at 02:52pm
No words can describe how sad we are. Joe was such a wonderful person.. He will be sadly missed. Our thoughts & prayers are with you and your family.

Posted Mar 27, 2019 at 11:17am
Our thoughts and prayers are with you during this difficult time. With Deepest Sympathy, Bob, Nick, Nilda, John, Danielle, Gary and Carey Ann. 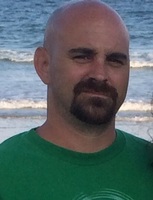